The Change In Perspective Over The Years 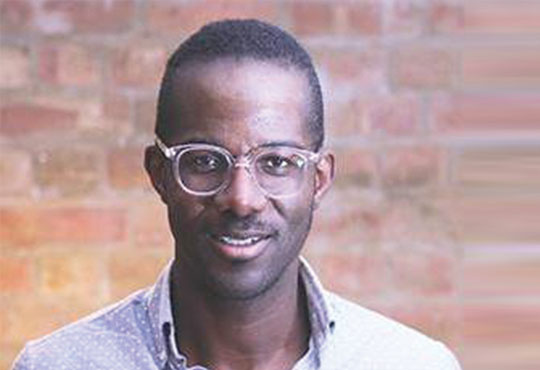 CR: The potential of AI is in a very elementary form. Where are we now today in terms of AI, and where do you think we might land in the next 3-5 years

Chaney: AI today is where mobile telephony was in the 80’s. Recall we had those analog Nokia Phones, then came the world first mart phone in the 90’s. AI needs that pivotal moment to become mainstream. There’s a lot of progress already. Its is currently much more transformative in sectors such as health care, energy and manufacturing due to deep learning frameworks like neural networks. In the next few years, we will see more use cases of AI working with IoT considering the vast amounts of data that IoT devices can collect. Ultimately, it will be ever more prevalent, to detect pattern recognition, predict events before they occur, make recommendations and then automate.

CR: Do you think computers are capable of making hierarchical decisions?

Chaney: Computers are capable to make decisions when they are trained to do so. With deep learning, yes it's possible

CR: How close are AI systems to human level intelligence?

Chaney: Well, they are already beating humans marginally. According to Forbes, a convolutional neural network won the German Traffic Sign Recognition competition with 99.46 percent accuracy (vs. humans at 99.22 percent).

CR: Do you believe that artificial intelligence will change the modern way of living? How is it impacting the society?

Chaney: Sure, it will change core behaviors and expectations - and cause less reliance on humans. One can argue whether we really need our own driverless cars or personal robots? If we rephrase the question, can certain industries use driverless cars or robots to improve speed, reduce error and accuracy that ultimately serve consumers then yes it will be a positive impact. One area where I see incredible benefits is in the transportation, mobility and logistics sector. Imagine the time savings achieved of having a driverless car carry goods from the depot to a truck for customer delivery or carry humans on arrival from the airplane to the terminal in lieu of waiting for a chauffeured bus. That translates to more deliveries and more passengers. The immediate impact to society is economic at first – there will be job loss especially for menial roles. But on the other hand, much more efficiency, saves costs, more revenue and breeds better output for consumers.

CR: Driverless cars, digital personal assistants like Siri, IoT and robots - are we already on the verge of next level computer revolution?

Chaney: Absolutely yes, we are in the middle of it although adoption is still early. I was recently at an industry 4.0 offsite at a retail energy and gas company in Portugal, and the employees were excited about the prospects of supply chain automation with IoT, and bots to ease logistics, save costs and save time.

CR: People are having greater acceptance in the society with embedded devices becoming more common. What is your take on this? IOT, NFC rings?

Chaney: In the real life scenario, IoT was already accepted years ago and will become even more prevalent as consumers can see the direct benefit.

A recent Venturebeat article, I authored shared experiences from Humana where IoT devices where already in use. Then Seniors, gave their permission to monitor their activities in the home to predict the probability of an emergency event in advance with the use of IoT - mobile sensor tracking devices. These devices ultimately monitored activities of daily living and flagged exceptions which could allow for more proactive interventions.

CR: Does it concern you about AI taking over the world ?

Chaney: You know, I'd say bring it on. I see much more value with it, than without it.

IT services
Looking Beyond The COBRAPOST Sting What Should Banks Do?

AI, IoT, and Blockchain: Unlimited possibilities of a dynamic combo