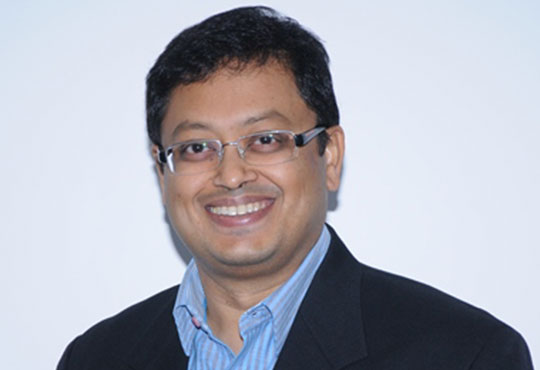 The world first came across the idea of Artificial Intelligence (AI) when it first saw androids, and intelligent automatons in comics and movies. Not too later, we saw the advent of contextually aware machines that had the ability to perceive its surrounding and take necessary action partly based on predefined logic and cumulative learning experience during its course of existence. The objective was to maximize the machine’s ability to succeed at something that was defined as a goal or designed reaction to a stimulus.

We have seen ‘Hal 9000’ in “2001: A Space Odyssey”, the ‘C-3PO’ in “Star Wars” and the agents in “The Matrix”, as the dramatized fictional representation of AI in machines in Sci-Fi movies. However, in the real world, research on practical applications of AI in machines were initiated in 1950s and continued into the 80s. These were primarily based around expert systems, which failed to live up to their functional expectations that were set in the Sci-Fi movies.

Three decades later, we are witnessing a resurgence in AI research due to availability of increasingly cheap, powerful and complex computing, a quantum leap in data storage capacity, and the rapid use of remote and wireless networking capabilities. Today, AI capabilities are probing into the world of Sci-Fi, that seemed unachievable not-too-long ago. And now,  we see that research in AI and its vastness in terms of potential impact on the future are being tested by government, enterprises and individual citizens.

Marching ahead in the AI ecosystem is the world of Machine learning (ML) — a subset of AI, which is much more than systems that use computing for analyzing manually fed data. ML systems of today are powered by massive volumes of real-time data which combined with the capacity to evaluate, learn and improve by using a set of rules and learning algorithms; churn out new insights continuously without requiring any programming or manual intervention to do so.

ML can be categorized into four major sub parts:

• Supervised learning, where observations contain input/output pairs (aka labeled data): These sample pairs are used to "train" the ML system to recognize certain rules for correlating inputs to outputs.

Examples include types of ML that are trained to recognize a shape based on a series of shapes in pictures.

• Unsupervised learning, where those labels are omitted: In this form of ML, rather than being "trained" with sample data, the ML system finds structures and patterns in the data on its own.

Examples include types of ML that recognize patterns in attributes from input data that can be used to make a prediction or classify an object.

• Deep Learning or Representation Learning is a relatively new area in ML, which aims to develop techniques and algorithms to extract features or representations for effective use of ML algorithms using neural networks.

The human mind with its never-ending capacity to learn is the epitome of intelligence as we know it. However, with the continued advancement in AI, ML has the potential to become a complementary resource that has the capability to augment or even help in human decision making process that lead to better insights. In humans, the process - from accumulation of facts to the point where we arrive at a decision, or to create something that aids in reaching a goal - does not happen all at once. ML is also having a huge positive impact in other sectors that cater to the global society.

The increasing application of ML also brings to fore a growing discussion on social, ethical and legal implications of such use. There is a demand for socially responsible intelligent systems which provide an explanation to the answers they provide. Most of the ML based systems are trained and fed with existing information to create extended intelligence. In the absence of ethical and moral understanding, these systems could further reinforce certain biases which are harmful for the society. In the past year, there have been several instances of how such AI based systems have gone horribly wrong with unintended consequences.

This brings us to what is on offer when we consider the future of ML and how it will pan out in the future. The next frontier in ML is to make it as close to human intelligence which involves embedding emotional and social ethics built into the system. With one foot evolving from its SciFi past and the other setting into the advanced world of scientific and technological innovations, ML is heading into a unique symbiosis with the realities of the human world.

How Low-Code Is Transforming The Future Of Work & Innovation