Artificial Intelligence is Remodelling these Five industries. Are You Prepared? 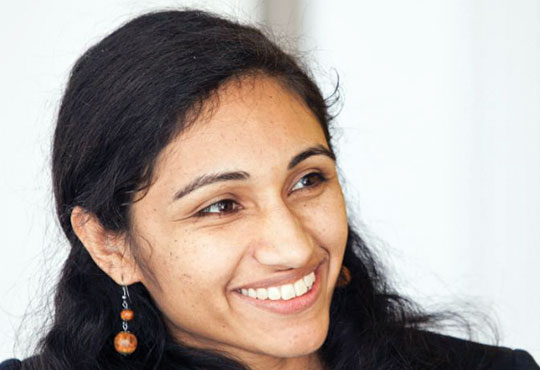 Consider this: The world is staring at a massive labour crisis. There’s an anticipated demand for skilled workers across the globe that will result in labour imbalances, more evidently by the next decade. And quite surprisingly, this labour shortage will largely be experienced by all major economies and will result in losses amounting to USD 10 trillion by 2030 – more than 10 percent of the current global GDP.

Thankfully, there’s something afoot that offers a glimmering ray of optimism – Artificial Intelligence. The brainchild of the likes of Alan Turing and John McCarthy, the veritable pioneers who laid the cornerstone for its development, today AI has travelled a great distance from science symposiums and high-tech research laboratories. It is actively remodelling the way things are traditionally done and dealt with. AI is making forays into businesses and industries and is altering their dynamics, making them more efficient, and protecting them from labour shortage. Leading brands across the world have taken not of this and are rushing to reap the benefits.

Artificial Intelligence has been a largely misinterpreted technology. It is often dubbed as something that’ll take away jobs and render masses obsolete post its deployment. The reality, however, is completely different. According to IMF’s World Economic Outlook, the global GDP in current prices was about 33.65 trillion dollars in the year 2000, while the world population during the same period was roughly over 6 billion. Today, the global GDP is estimated to be about 79.53 trillion dollars (236 percent of the original figure), whereas the latter has grown to become 7.5 billion (a mere 25 percent increase).

In this landscape, the human populace will be better poised for effective supervision of these automated systems – thus, reaping the highest benefits with maximum comfort.

Let’s have a keen look, then, at the five industries that are reaping the benefits of this modern marvel in the most significant of ways:

1. Transportation: The emergence of self-driving cars has displayed to the world the true potential of Artificial Intelligence. Despite being commercially manufactured and sold across multiple markets, the self-driven cars have registered negligible accidents and their information-led approach has resulted in optimal utilisation of resources. Such systems can be applied to public transportation as well as other logistics systems to alleviate traffic congestion, reduce the risk of accidents, and to decrease fuel idling costs along with loss of efficiency due to frequent stop pages. Demonstrating their immense future potential, Morgan Stanley estimates that these driverless cars will save $5.6 trillion a year from the period between 2035 and 2050.

2. Manufacturing: The manufacturing sector has been one of the early adopters of artificial intelligence with deployment of industrial robots for product assembly, inventory management, warehousing, and logistics. However, new and more evolved robots will make more complicated processes possible including assembly of electronics and even largescale 3D printed houses. Though the current system requires human support for transfers, tomorrow’s artificial intelligence-driven product lines will result in a truly robotic manufacturing industry.

3. Healthcare: A majority of medical and pharmaceutical companies are leveraging artificial intelligence for numerous use cases already. Johnson and Johnson’s Sedasys system was one such attempt that delivered anaesthesia for standard procedures like colonoscopy, a process that faces considerable shortage of skilled medical professionals in many countries. With Sedasys system, however, a single doctor can oversee multiple machines at once. IBM’s Watson, on the other hand, displays higher accuracy in diagnosis than its human counterparts. These automated systems can solve the massive healthcare challenge that we face today across the globe, especially in the developing and underdeveloped countries.

4. Customer Engagement: Personalisation and increasing human interaction of AI-led systems has enabled them to become highly proficient in customer servicing. Machine Learning capabilities – a technology that enables a program to learn by itself through the analysis of data – along with Natural Language Processing have enabled such systems to opt for the most optimum approach which generates a favourable result for a business. A leader in this field is CogniCor, which offers customer query resolution through its effective virtual assistant tool to businesses in finance and IT support domains. Such systems have proved to be pivotal in increasing customer conversion while also enhancing customer engagement and satisfaction.

Since its inception, Artificial Intelligence has borne witness to unique ups and downs. As leading innovators, scientists, and technocrats are working towards building a more AI-led approach across all domains, tomorrow’s world might end up very different and more efficient from what we know today.

IT services
It is A Bold Statement from IBM:The one system that will unite all the others

How Low-Code Is Transforming The Future Of Work & Innovation