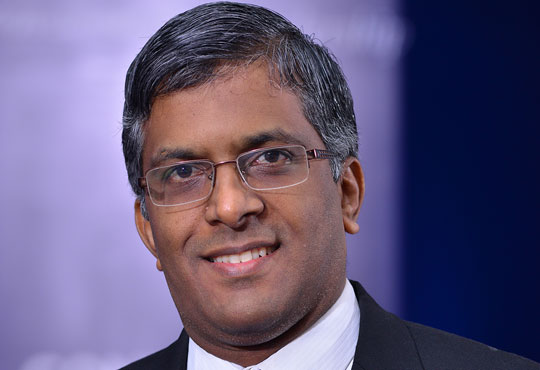 The field of robotics has been awe inspiring for humanity in general and a fascinating gift to the industrial world. The first commercial product developed by Unimate was demonstrated in the late 1950s and deployed in GM’s assembly lines. Since then, there has been a spurt of innovations and developments that have significantly increased interest in the robotics domain.

So what are the trends driving interest in robotics now? An aging population that can impact industrial productivity as well as increasing wages and wastage, which can drive up operating costs, are key demand-side drivers propelling emerging innovations in robotics-based applications. Modern-day robots are used for several applications, spanning across agriculture, healthcare, defense (drones), and manufacturing.

Developments in the fields of electronics and sensors, coupled with the boom in the Information Technology space, have led to rapid progress in robotics design and prototype development.  In the 1990s, Honda presented a series of robotic systems that were capable of mimicking human gait and movement. Soon, developments in the healthcare domain were beginning to surface, with a major breakthrough coming in the form of Intuitive Surgical’s Da Vinci being approved for clinical use, first in Europe and then in the US. This was a watershed moment for healthcare robotics as the industry was rife with regulatory and safety concerns. Thus, the possibility of applying robotics technology in unheard of areas was beginning to materialize.

Today, we are looking at robots that can be programmed to perform complicated decision-making tasks, such as playing football, climbing stairs, serving food, conducting an orchestra, and perhaps, becoming one’s financial assistant to aid in decision making. With the successful demonstration of the efficacy of these robots, the emphasis is now on infusing Intelligence capabilities to allow robots to be fully autonomous in their functioning and decision-making. The demand for Intelligence drives innovations, and this is where we see the integration of Artificial Intelligence (AI) in Robots!

AI helps to develop intelligent robots that can respond to surrounding environments in a human-like manner. Advancements in AI-powered computer vision technology and natural language processing are enabling the development of future machines that can autonomously operate while maintaining high levels of safety. Great strides have been made in this domain, making autonomous cars a reality.

The robots of today are widely programmed to interpret patterns, identify objects, understand humans and interact with them, and take decisions on data-driven intelligence, making them more responsive to surrounding stimuli.  With the integration of sophisticated sensors, these systems have the capability to mimic human sensory functions, such as vision, touch, & odor and so on.  We are now witnessing a new trend with the emergence of collaborative robots or 'CoBots', as they are popularly known. These robots can be our accompanying colleagues, providing assistance with specific tasks. While CoBots were initially adopted in the automotive industry, they now cater to the needs of a wide range of industries, including consumer electronics, manufacturing, and food and beverages.

Future of the Workforce

Today's business leaders are under pressure to get better "yields" and that calls for approaches to tackle economic and productivity challenges. Robotics and automation have clearly been the most efficient option to ensure better gains. Clearly, routine and definable jobs will largely rely on industrial and service robots. The greatest benefits stemming from wider application of robotics are in areas that pose health hazards for humans.

Now, the question that lingers in the minds of people is this--Are robots a threat for the workforce?

The probability of occurrence of human errors is much higher than that of machines. This superior computing capability makes AI-powered intelligent machines much more reliable than humans for performing critical computational jobs with optimum accuracy, distinguishing between right and wrong. Often, the decisions taken by humans are largely influenced by emotions rather than logic. There are possibilities that this can lead to taking a wrong turn, in effect, taking an incorrect decision. AI-powered intelligent applications are independent of the emotional quotient, making them more suitable for taking these critical decisions.

While we have come a long way with the development of intelligent programming, making robots a compelling case for all applications, it must be understood that lack of common sense and creativity is a gap that AI technology has not been able to bridge until now. Robots lack the capability to distinguish between good and bad as per perception. The high emotional intelligence of humans cannot be programmed to the machines.

Therefore, the need of the hour is to consider how robotics can complement and enhance human work to enable the next-generation workforce to become smart, perceptive, highly productive, and efficient.

IT services
Appraising Cloud and its Service Delivery Models

AI, IoT, and Blockchain: Unlimited possibilities of a dynamic combo